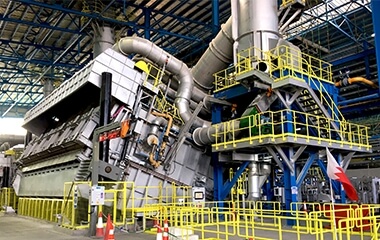 In March of 2017 Mechatherm was awarded the contract from Bechtel Co. Ltd. on behalf of ALBA (Aluminium Bahrain) for the turnkey supply of the melting/holding furnaces and launder systems for their Pot Line 6 Expansion Project. This was a very prestigious contract award for Mechatherm and one that reaffirmed the company’s position as a leading supplier of casthouse furnaces in particular to the Middle East and GCC countries.  To date Mechatherm has installed over seventy melting and holding furnace references across the Middle East region commencing from the late 1980’s.

The ALBA (Pot Line 6 Expansion Project) contract to Mechatherm was for the supply of state of the art casthouse equipment including the integration of the hot metal treatment systems feeding various casting processes.  The Mechatherm supplied equipment includes three 165 Tonne capacity tilting melting/holding furnaces, three 85 Tonne capacity melting/holding furnaces and two under hearth electromagnetic stirring systems (EMS).  One other supplied feature of our casthouse scope and overall layout is a fully integrated and inter connecting hot metal delivery system; this system allows metal to be delivered from each furnace to any one of the newly installed casting machines supplied by other OEMs as part of the same project.

The ALBA (Pot Line 6 Expansion Project) Casthouse Furnaces contract was awarded to Mechatherm on a full “Turn-key” basis by the project nominated EPCM, Bechtel Co. Ltd. – USA (Bahrain Branch).  Mechatherm has worked closely with Bechtel throughout the design engineering phase right through to the on-site installation execution which is currently ongoing and scheduled to be fully complete by September 2019.

Mechatherm can proudly report that in January of this year, that the first hot metal was delivered from one of the 165 Tonne capacity tilting melting/holding furnaces to allow the first continuous cast of 10kg ingots. 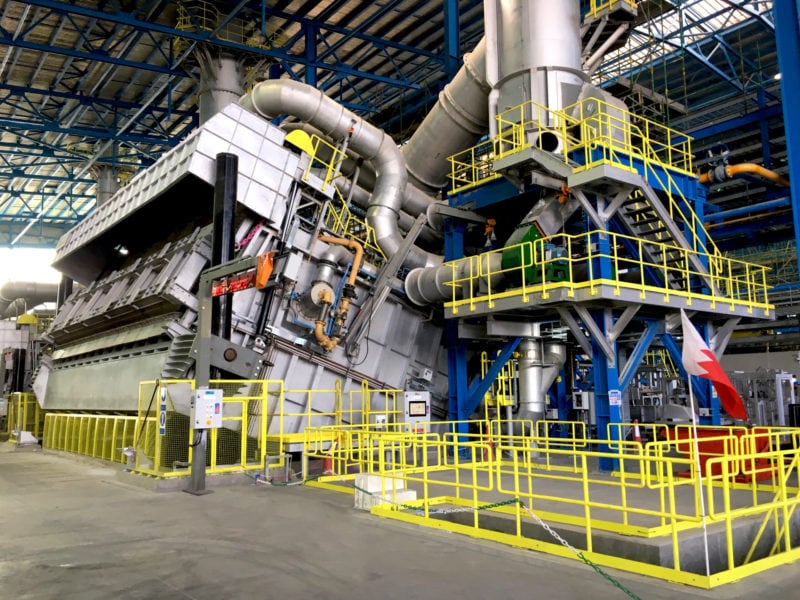 On the back of this prestigious contract award from ALBA / Bechtel, Mechatherm has seen recent business growth not only in annual turnover, but also in the number of employees working now at our UK headquarters.  Working on such a large and engineering intensive project such as the ALBA (Pot Line 6 Expansion) casthouse, Mechatherm has recruited and built up its professional workforce after experiencing a slow period of business activity mostly blamed on the drop-in price of world Aluminum during 2015 – 2017.

Thankfully with aluminium prices and order intake now recovering to somewhat normal levels again, Mechatherm is well positioned and setup to tender for other large scale casthouse contracts world-wide.  This perception has already been vindicated as Mechatherm has been successfully adding to its references, particularly in the USA over the last two years and recently won its biggest ever single value order at JW Aluminum in Goose Creek, South Carolina for the supply of four 140 Tonne Multi-chamber contaminated scrap de-coating/melting furnaces feeding two 155 Tonne tilting holding furnaces as part of JW Aluminium’s new continuous aluminium sheet production expansion.

As part of Mechatherm’s continued growth and brand building efforts the companies first satellite office for sales and services has now been established in Dubai, UAE.  The intention is for this dedicated branch office to offer maximum support to Mechatherm’s customers in the Middle East and GCC countries as the area has provided a large proportion of Mechatherm’s business over the years.

Scroll To Top
We use cookies on our website to give you the most relevant experience by remembering your preferences and repeat visits. By clicking “Accept All”, you consent to the use of ALL the cookies. However, you may visit "Cookie Settings" to provide a controlled consent.
Cookie Settings Reject All Accept All
Manage consent

This website uses cookies to improve your experience while you navigate through the website. Out of these, the cookies that are categorized as necessary are stored on your browser as they are essential for the working of basic functionalities of the website. We also use third-party cookies that help us analyze and understand how you use this website. These cookies will be stored in your browser only with your consent. You also have the option to opt-out of these cookies. But opting out of some of these cookies may affect your browsing experience.
Necessary Always Enabled
Necessary cookies are absolutely essential for the website to function properly. These cookies ensure basic functionalities and security features of the website, anonymously.
Functional
Functional cookies help to perform certain functionalities like sharing the content of the website on social media platforms, collect feedbacks, and other third-party features.
Performance
Performance cookies are used to understand and analyze the key performance indexes of the website which helps in delivering a better user experience for the visitors.
Analytics
Analytical cookies are used to understand how visitors interact with the website. These cookies help provide information on metrics the number of visitors, bounce rate, traffic source, etc.
Advertisement
Advertisement cookies are used to provide visitors with relevant ads and marketing campaigns. These cookies track visitors across websites and collect information to provide customized ads.
Others
Other uncategorized cookies are those that are being analyzed and have not been classified into a category as yet.
Save & Accept